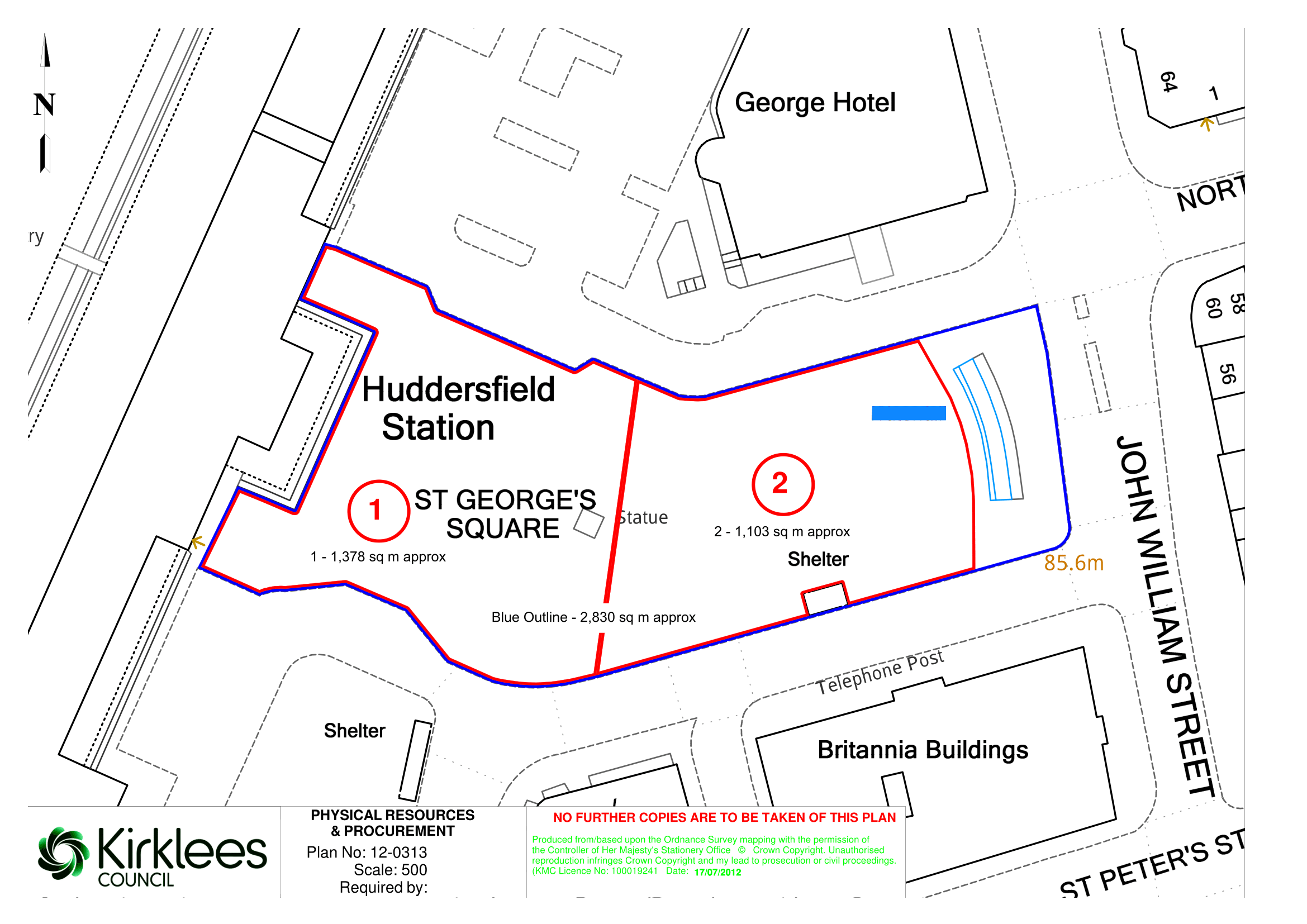 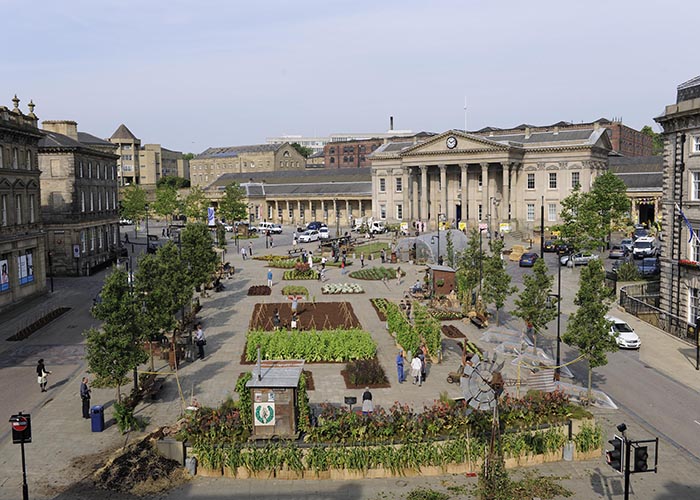 In the heart of Huddersfield, the beautiful St George's Square is the town centre's premier and largest event space. The Square boasts some of the town's finest buildings including The George Hotel, Lion Chambers, Britannia Buildings, Tites Building and Huddersfield Railway Station which was once described as a "stately home with trains in it."

In recent years, St George's Square has been re-modelled to create a vibrant public space with captivating water features and an improved road layout.

The Square is home to different types of events, such as the annual four day Huddersfield Food and Drink Festival in August and the Winter Festival in December. The Caribbean Carnival, St Patrick's Day and other parades bring colour and vibrancy to the town as they pass through the Square... even the Olympic Torch was carried through in 2012!.

In addition, the Square has also hosted many large scale outdoor street theatre events. In 2014, the whole Square was turned into a French farm as part of Hypervelocity, the cultural festival celebrating the Tour de France coming through Huddersfield. It has also seen many incredible aerial performances by French companies such as Transe Express and Plasticiens Volants as part of Festival of Light as well as a Prom and pop concert to celebrate the Queen's visit to the town in 2007.

On street parking close by. As well as the small short stay car park at the Railway Station there are short and long stay car parks located a short distance away at Huddersfield Bus Station, Bath Street, Brook Street and Cambridge Road.

There is a wide selection of other car parks located near to St George's Square.

Fully accessible . The Square can be accessed by vehicle from Railway Street or John William Street in front of the George Hotel.

Please note, Railway Street is within a Busgate Zone and vehicle access is restricted at certain times of the day.

Apply to use this space