The Mayor of Kirklees is a Civic, ceremonial position - one which is elected to every year. They are the first citizen of Kirklees and represent and promote the borough at local and national events.

The Mayor attends a variety of engagements throughout the civic year - many of these are at the invitation of local groups and organisations, schools and businesses, and others are initiated by the Mayor.

About the Mayor and Deputy Mayor

The Mayor and his interests

Masood Ahmed was born in Dewsbury General Hospital and raised in Dewsbury. He is one of five boys born to immigrants of Pakistani origin. He takes great pride in his history and his identity as a Kashmiri and British Pakistani.

Masood is married, and he and his wife had 6 children. Sadly two of his children passed away aged 6 and 20 years. He now has 2 sons and 2 daughters as well as 3 gorgeous grandchildren who he absolutely adores.

He has worked in the public sector for over 30 years, firstly as Youth worker then going on to work as a specialist outreach worker, encouraging adults back into education. He then moved on to a more enhanced Alcohol & Drugs Team supporting adults through Lifeline, and then worked for Children's Services again specialising in drugs work, supporting young people, parents and professional in education and prevention work around drugs and alcohol awareness.

Masood was very honoured in 2006 to be elected in Dewsbury South Ward and thoroughly enjoys his role. He has chaired District Area Committees and Licensing and Safety Committee, been a member of the Fostering and Adoption Panel and chaired Kirklees Council Community Safety Partnership Executive. He is currently a member of the Police and Crime Panel. He has also served on the Kirklees Council Cabinet for 2 years holding the portfolio for Schools, Community Safety and Cohesion.

Masood is a very family orientated individual and believes family are the most important people in his life. Losing his mum at a tender age of 22 and having to support his sibling along the way, whilst gaining further education and obtaining employment as well as the family challenges, has strongly bonded them. The love and emotional support of his wife and siblings has contributed greatly to his success.

'Me Time' is something Masood does not get much of but when he does he loves being with his family and watching a series on Netflix.

Masood is a keen sports man. He loves playing football, squash, snooker and enjoys watching one day cricket and formula 1. He enjoys meeting people from diverse backgrounds and faiths. This has enabled him to widen his networks as well as knowledge and experience.

Masood is looking forward to taking on his duties as part of the Mayoral Team. It is a great honour for him to have been nominated for this role to represent not just his Ward, but the whole of Kirklees Council.

The Mayor and Mayoress of Kirklees, Councillor Masood Ahmed and his daughter, Iram Ahmed 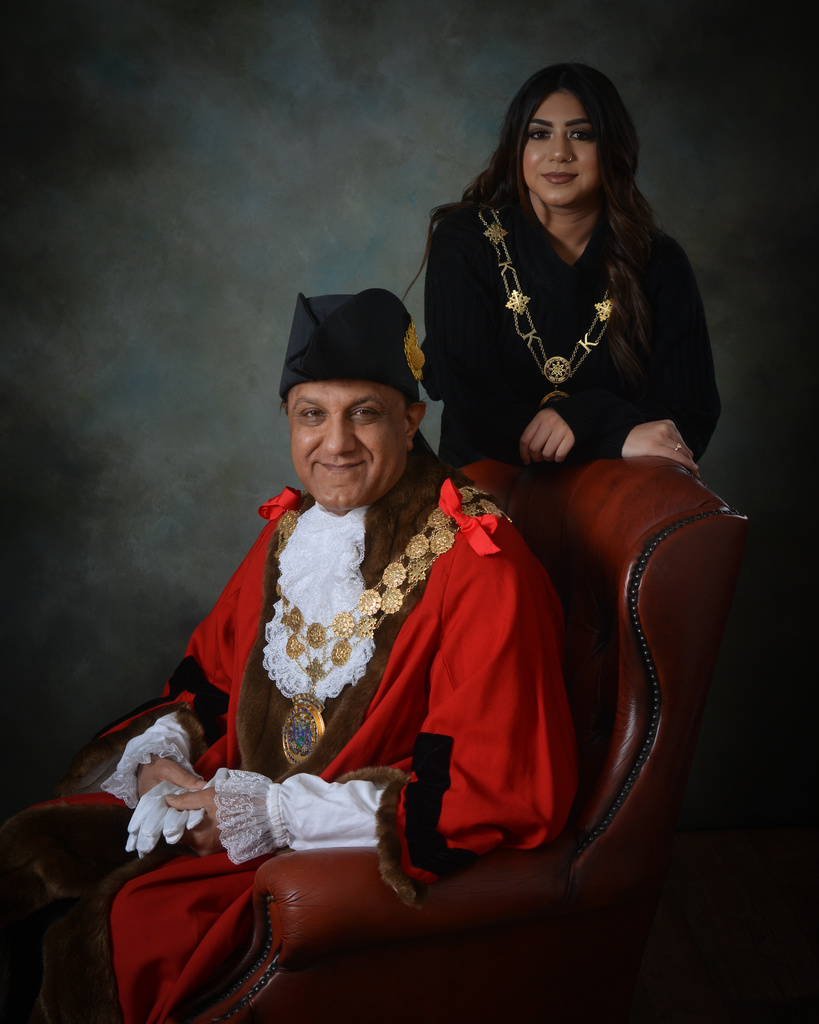 The Deputy Mayor and his interests

Councillor Cahal Burke was first elected to Kirklees Council in 2010, representing the Lindley ward where he lives with his family.

Having studied Computing at the University of Huddersfield, Cahal went on to complete teacher training before working at several local colleges and schools.

Cahal has always been a very active member of his community volunteering with local youth projects, Lindley Community Group and was a governor at his local school Salendine Nook High School Academy.

Cahal has volunteered with Lindley Community Group for over 15years. The group is responsible for local events including the award-winning Lindley Carnival, Lindley 10k, Heritage Open Days and Remembrance events. Cahal has helped set up local litter picking groups and organises the local food bank appeal.

As a councillor he has served on Overview and Scrutiny Management Committee, being the lead member for the Children's Scrutiny panel for many years. Cahal has also served on planning and licensing committees along with being Deputy Group leader of the Lib Dem group and serving as group business manager. Cahal has a proven track record of being an effective local voice for the Lindley ward.

Cahal is a keen runner and set up Lindley Running Club with Lindley Community Group. He likes to take part in Marathons and Half Marathons and has completed the New York and London marathons. He supports Huddersfield Town and Huddersfield Giants and enjoys attending games with family and friends. 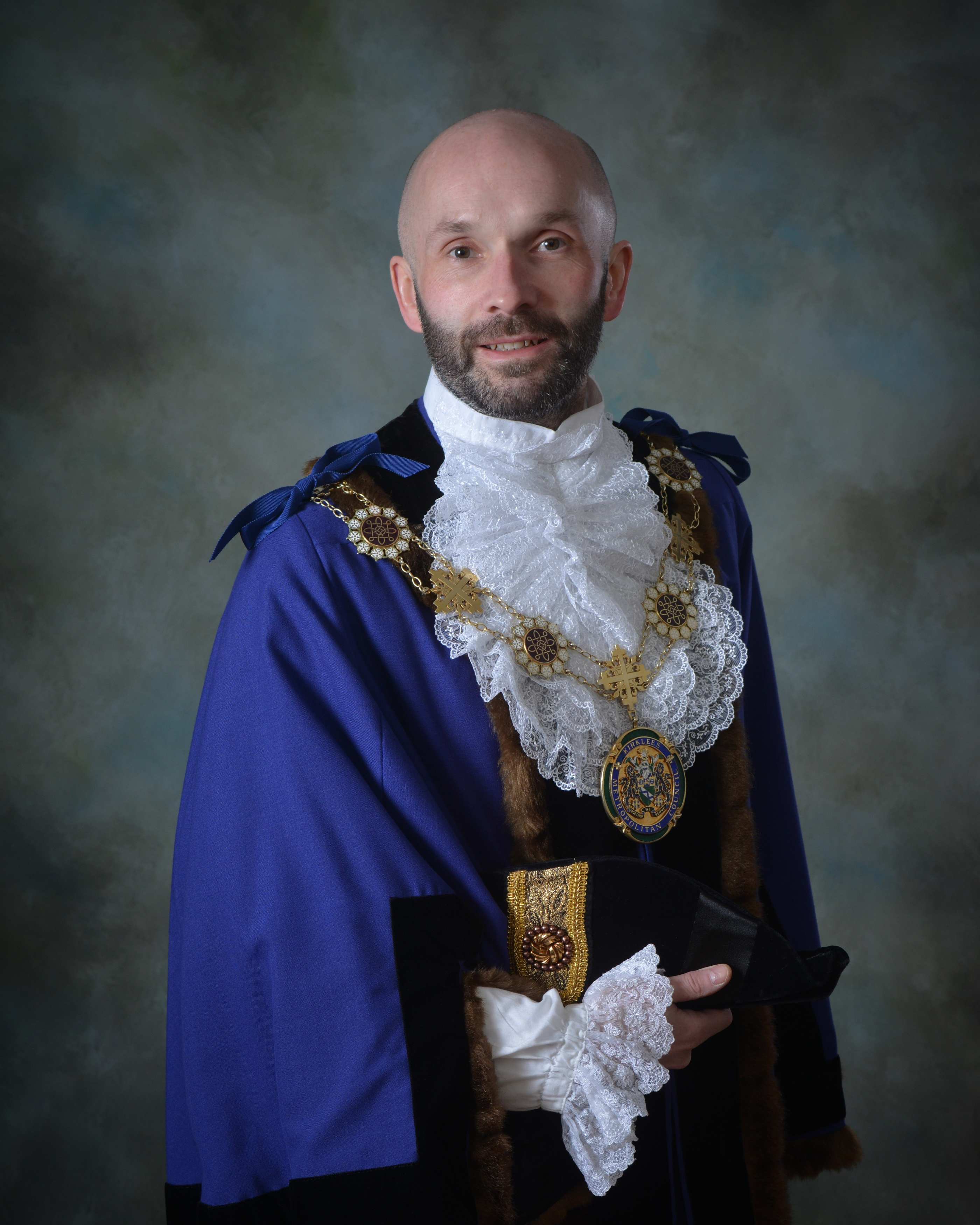 The Mayor has chosen to support the Forget Me Not Childrens Hospice during his term as Mayor of Kirklees.

Find out more about the Charity at Forget Me Not Childrens Hospice , and watch out for further information here on fundraising activities you can support and get involved in over the coming months.

To make a donation to the Mayor's Charity Appeal, please use the details below:

The Mayor and Deputy Mayor both receive a monetary allowance. This is paid to cover additional costs incurred whilst undertaking Civic duties, and includes things like clothing, personal grooming, donations at services or to charity and purchases at events, as well as personal hospitality and travel.

The Mayor would be delighted to receive invitations to your events, no matter how large or small. Across the year, the Mayor attends lots of different functions including:

Along with the attendance of The Mayor, we can also promote your event on our social media channels.

Invite the Mayor to your event

Fill in our simple online form to invite the Mayor to an event.

Please give as much information as possible

Please note a minimum of 3 weeks' notice is required

You can view the former mayors of Kirklees dating back from 1974 to present.

Stay Connected
Sign up to email alerts about getting involved
Was this information helpful?